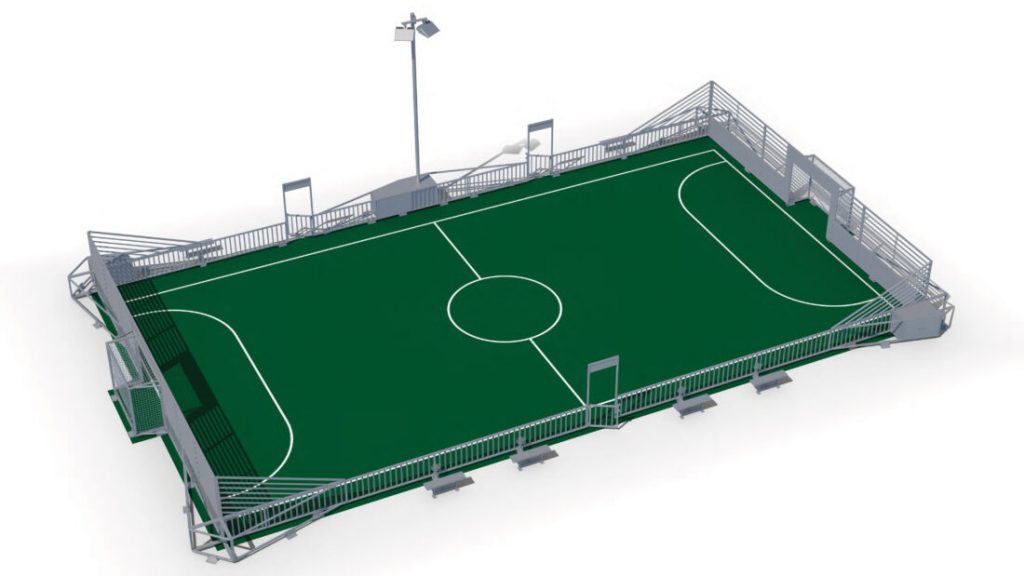 A mini-pitch soccer system will go in next to the new pickleball court some time this fall if weather cooperates and work progresses accordingly.

The City Council of Webster City on Monday approved a request from LIFT WC to install the soccer system in East Twin Park.

The installation would be east of the new pickleball court.

According to City Manager Daniel Ortiz-Hernandez, it was the city’s Parks & Recreation Department that chose the location.

A 60-foot by 120-foot concrete pad would first have to be poured, according to packet information included with the Monday council agenda. This would allow a sidewalk and seating opportunity around the entire system.

According to Zach Chizek, a LIFT WC board member, the finished installation would be the same size as a basketball court, and is expected to cost $148,500.

LIFT WC has partnered with MUSCO Lighting and The US Soccer Foundation in the effort to install the system.

In addition to receiving Hotel/Motel Funds, LIFT WC has received grant funding from MUSCO Lighting, The US Soccer Foundation and Kick it Forward.

It anticipates receiving additional grants to pay for the project costs, LIFT WC says in information given to the council.

The system has been ordered and is expected to arrive in October.

However, that would not prevent the use of the system, he said.

Webster City’s court would be one of 1,000 Soccer Mini-Pitch systems in the United States.

The system includes one light on a timer that is described as downcast; there would be a 24-foot light pole with two headlights.

The location was selected based on walkability, attraction for all age groups

at the park and the central location within the community.

The Park & Recreation Commission and the Planning and Zoning Commission have both already recommended approval for the installation at East Twin.

Although there is no initial cost to the city for installation, it would be responsible for ongoing maintenance associated with the mini pitch system.

Letting in the sunshine