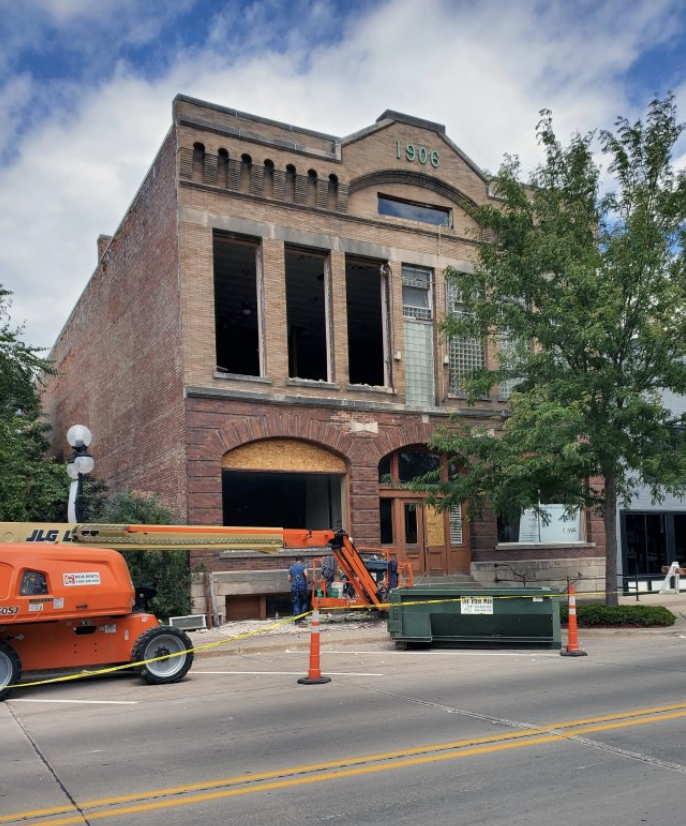 Workers on Thursday removed some old glass blocks at Elks building on Second Street making way for some new energy-efficient windows. Windows will be installed on the front and rear sides of the building, according to officials with with LIFT WC, the non-profit that owns the building. The facade facelift on the 114-year-old building also includes tuck pointing, repair and cleaning of the brickwork and the restoration of two stained-glass windows. The LIFT WC board has also been reaching out to planning and engineering groups to develop detailed plans for the interior restoration.

LIFT WC to host A Taste of Fall