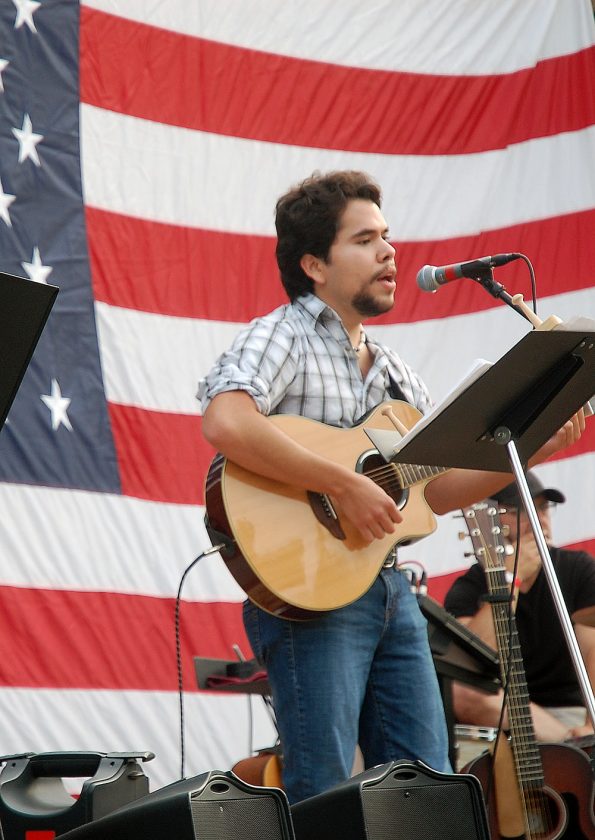 As summer moves toward fall and children return to the classroom this week in Webster City, the End of Summer Block Party held Saturday was a great way to cap off the season.

Hosted by LIFT WC and Spangler Auto, the event included games, food and music. The 700 Block of Second Street was roped off and people gathered in the street for the festivities. The party also served as a fundraiser for LIFT WC’s efforts to renovate and rehabilitate the former Elks Club building.

Eighteen teams turned out for the bags tournament with the DM Sliders, comprised of Paimoney Bannavong and Tom Wangkham, taking home the top honors and bragging rights.

“They split the $180 prize money,” said Darcy Swon, a member of the LIFT WC board. “There was such a high demand we ended up running a second tournament with eight teams. The winner there was Jake Lockhart and Jake Purcell who won $80.”

The American Legion grilled food and served beverages. Fire and Ice Delights offered kettle corn and lemon shakeups throughout the day, according to Swon.

The event also featured a raffle of custom-made bag boards, created by 39 Design.